What Wills are all About

Global Indian Solutions > blog > What Wills are all About 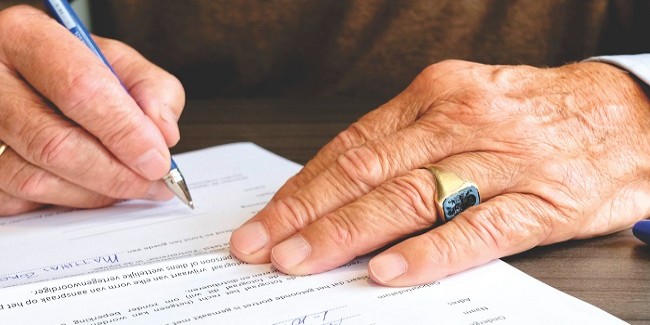 What is a Will?

A Will is a legal document by which a person, the testator, expresses his/her wishes as to how his/her property is to be distributed at the time of their death. Will is one of the simplest instruments used to transmit assets from one generation to another.

Any person of the age of majority can write a Will. A Will can be written on a simple piece of paper by anyone

The essential components of a Will:

Beneficiary of a Will:

In India, we have multiple personal laws so it is important to understand which succession law will apply to the testator of the Will.

Muslims follow Sharia and there are forced heirship rules as per Sharia. Muslims can write a Will only to the extent of 1/3rd of their assets. Even whom they can bequeath their 1/3rd assets are subject to restrictions and if it is to a person who is part of his remaining 2/3rd bequeathal than they have to take a consent of the other legal heirs.

Hindus, Sikhs, Buddhists and Jains follow Hindu Succession Act. While Indian Succession Act will be applicable in matters of succession to Christians and Parsi’s living in India.

Under Hindus Succession Act the Class I heirs of a Hindu male are:

The Widow, mother, and each of the children (son or daughter) take equal share. When one or more of such children are no more, then the Class 1 heirs in that branch will jointly share that son/daughter(s) share in the estate.

The Class 1 Legal heirs of a Hindu female are:

It is interesting to note that in case of intestate death of a female the following rules will apply.

Is it compulsory to a have a Executor to the Will: Yes it is compulsory to name an Executor of the Will. In case there is no Executor which has been named in the Will then in that case beneficiaries have to approach the court for execution of the Will.

Can a person change their Will? What happens in case of multiple wills: One can change one’s Will as many times as one wants but to avoid disputes or confusion it is important that one restricts the change of Will too often. In case of multiple Wills the last valid Will become final Will.

A Probate is a process where on death of a Testator the executor approaches the court and obtains an administrative order for distribution of assets to the beneficiary as per the Will.  Probate of the Will is compulsory only for people living in the High Court jurisdiction of Chennai, Mumbai or Kolkata or if you have an immovable property in the above-mentioned jurisdiction.

In case of dispute between the legal heirs or if the person dies intestate, obtaining Probate becomes necessary. In some cases especially for transfer of real estate the officials might insist on getting a probate. For NRIs it might be necessary for repatriation of the money or because of the rule in their country of residence or if a foreign citizen is inheriting these assets, their country of citizenship requires them to obtain a Probate.

In case of a defective Will where the distribution of assets is not clear or estate of a deceased contains only immovable assets, one can approach a court to get Succession Certificate

A legal heir certificate is given by a district or higher court, which gives the details of all the legal heirs of the deceased person.

The process of transmission of assets from a deceased person’s name to the beneficiary:

In a nutshell, planning your estate is very important, as writing a Will on your own may not be the most tax efficient and prudent way. One should consult an expert to plan one’s estate especially for NRIs as they may have to also account for cross border laws. Secondly, it is important that one appoints a professional executor rather than one’s own family members (especially if all are non-residents).