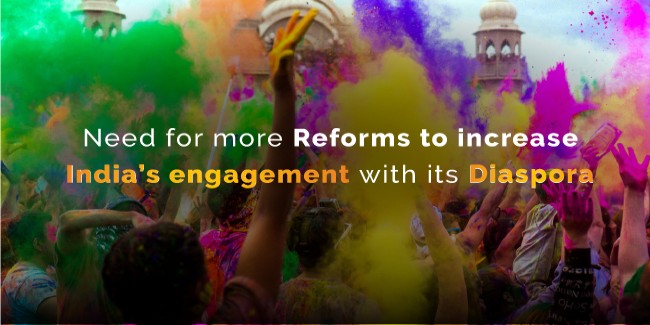 India’s federal and state governments have been endeavouring to strengthen relations with the Indian diaspora numbering about 30 million, including some 13 million Non- Resident Indians (NRIs) and 17 million Persons of Indian Origin (PIOs).

The principal objective of the state governments for organizing conferences with their diaspora has been to attract investments from them. The central government’s perspective, on the other hand, is somewhat wider as it is well aware about the economic and political strength of the diaspora.

The diaspora’s annual remittance, on an average, of about USD80 billion significantly helps India’s balance-of-payments position. With their huge investments in India, and benevolent assistance to the areas of their early domicile in India, they have been greatly contributing to the country’s socio-economic development.