India’s 1899 Sirmoor set is one to seek : WORLD STAMPS 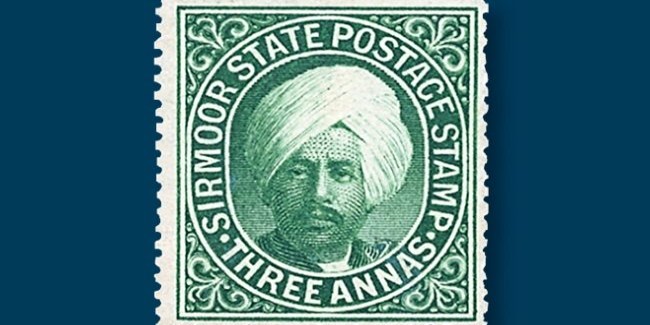 Indian feudatory states stamps are hot with active markets in the United States, the United Kingdom, India and the Indian diaspora.
Sirmoor was a small state in northern India with a feudatory relationship with the British Empire. A former kingdom in the Mughal Empire, it was invaded and annexed by Nepal in 1803. In 1815, the British expelled the Nepalese and re-established the rule of the raja of Sirmoor.
Sirmoor joined the Dominion of India on April 15, 1948.
Sirmoor issued its first postage stamps in 1879 and continued to issue postage and Official mail stamps through 1899.