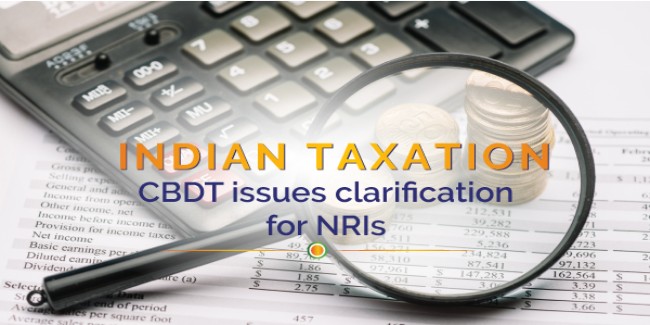 Central Board of Direct Taxes (CBDT) has released clarifications in the form of frequently asked questions (FAQs) addressing some such matters and those relevant to NRIs are summarised below:

If you are a non-resident of India (NRI), you need to mention your overseas residency and provide details of the jurisdiction and tax payer identification number (TIN) in the return form. It has been clarified that if you are not allotted a TIN in your overseas tax jurisdiction, you can mention your passport number instead of TIN and name of the country in which the passport was issued should be mentioned as the ‘jurisdiction of residence’.