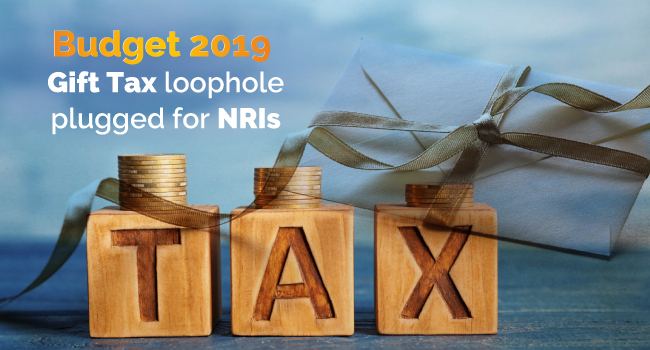 A dampener for non-resident Indians is the move by the government to plug the loopholes in gifts tax.

Currently gifts given by Indian residents to non-resident Indians – apart from the specified list of relatives – would be claimed as non-taxable. Reason being, the tax laws were worded in such a way that the onus was on the recipient to disclose such gifts and then pay the gift tax. But Budget 2019 has plugged this loophole and brought such gifts under the gamut of income-tax. On Friday, the finance minister Nirmala Sitharaman, proposed to amend the rules to make it mandatory for recipients (NRI) to disclose such gifts received if they originate in India and then pay a tax on it. It’s a subtle change of words that emphasise the origin of the gift instead of focussing on the destination of the gift abroad.

Previous Worried about taxation on your property sale in India?
Next Do Nri’s have to submit ITR in India even if they pay Tax Abroad ?